“The 3rd Skin” is an interdisciplinary performance that took place in Kabukicho, the Red Light District of Tokyo, Japan. Three teams of artists had liberties to express their desired conception onto the clothing and skin of one of the three models in the show. Wearing custom-made clothing designed by RAY LC, the models engage the creators, allowing them to conceive “skins” for each of the unique personalities during a fixed 30 minute performance. 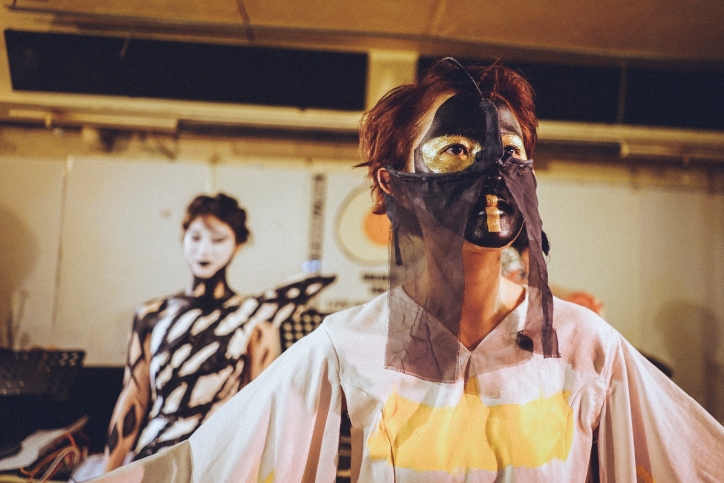 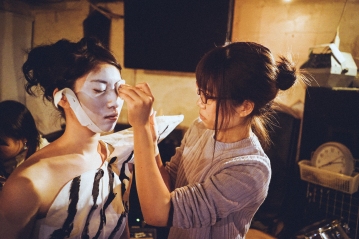 The preparations began 5 weeks prior, when the sewing of the garments began. Three themes were decided on for each of the models: skin, gender, and religion, each of which representing parts of one’s identity that can be put on and off as if like clothing. The skin garment construction was most complex because it involved making a wire frame that protrude above the shoulder. This frame maintains structure as the model moves around, and the pattern painted on it reflects the wire frame’s directional nature, as the scales represent the skin of a person. The religion motif has a sleeve that becomes a wing-like shape and a hole near the bottom of the skirt. The religion mask also reflects its theme of seeing the truth beneath the veil. Gender is worn by a male model, but at its core is a skirt and a mask that subverts traditional gender identities.

These garments represent the canvas with which society makes its interpretation on, and this interpretation takes place on stage with the artists, each of whom are given 30 minutes to paint their perceptions on the models.

Weeks before, we also met in ideation sessions where the quality of paints were experimented on. We wanted to make sure the models can fit into the garment and that the paints are not irritants for them. We also allowed the makeup artist and videographer some collaboration time with the artists involved, and espoused the virtue of true interdisciplinary collaboration. 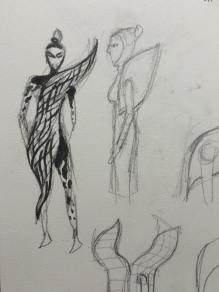 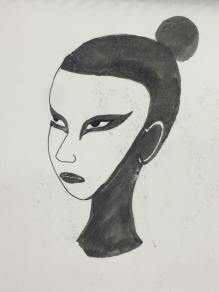 On show day in Kabukicho, everyone crammed into an underground club called the Golden Egg. As the psychedelic music played in the background, the artists went to work, building a conception of their imagining of each of the core themes on canvas, which is then taken on and taken off. The finished result is a potpurri of fashion construction, artistic manipulation, and interpersonal communication. 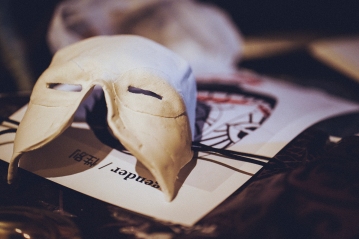 This work was exhibited at Tokyo Golden Egg, Kabukicho Underground.